One of the most important thin film deposition techniques conducted in our group is (metalorganic) chemical vapor deposition, short (MO)CVD. Thin films are grown from volatile metal complexes from the gas phase. Using a carrier gas flow, the evaporated the precursor is transported to a heated substrate, where a diffusion through a thin boundary layer can lead to an adsorption of the precursor on the substrate surface. From here, different events can happen: The precursor can either decompose due to high substrate temperatures or low thermal stability of the complex itself or it can react with a co-reactant on the surface forming small islands of material ultimately resulting in the growth of the thin film. Notably, the precursor molecules are non-stationary and can diffuse along the substrate surface before reacting. After the reaction/decomposition the by-products ideally desorb from the surface of the substrate.
CVD is a rather complex thin film process due to its continuous operation mode: Process characterisics such as flow dynamics, kinetics, reactivities and side-reactions need to be well-balanced when designing CVD processes. 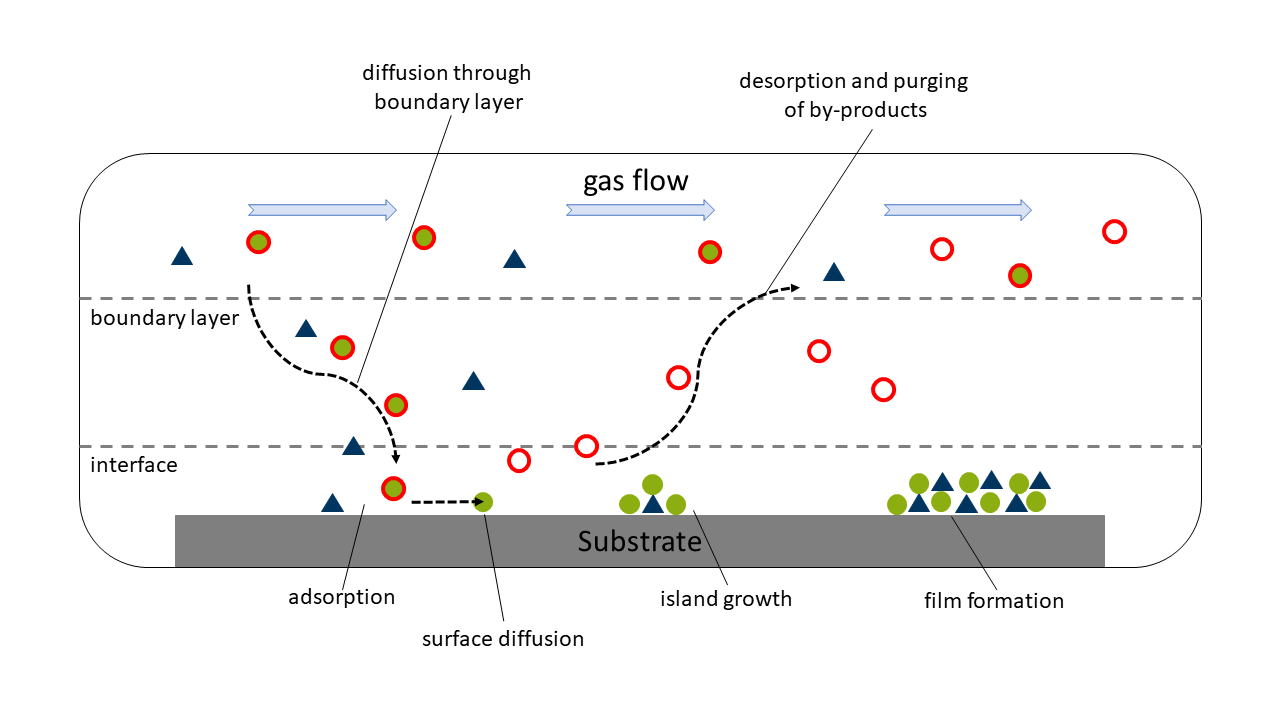 Schematic of the typical steps of a CVD process.

A prototypical CVD process is conducted under reduced pressure in a substrate temperature range of ~300 °C up to 1000 °C. The thickness of thin films produced via CVD usually range from few nm to several µm range.