Our group focuses on the development of metal-organic complexes suitable as precursors for the fabrication of thin film materials via chemical vapor deposition (CVD), atomic layer deposition (ALD) and chemical solution deposition (CSD).
Through the implementation of our precursors, the design of improved thin film processes for material systems of all kinds are accessible allowing the fabrication and investigation of these thin films in a multitude of different technological fields such as electronics, gas-barriers or sensors. 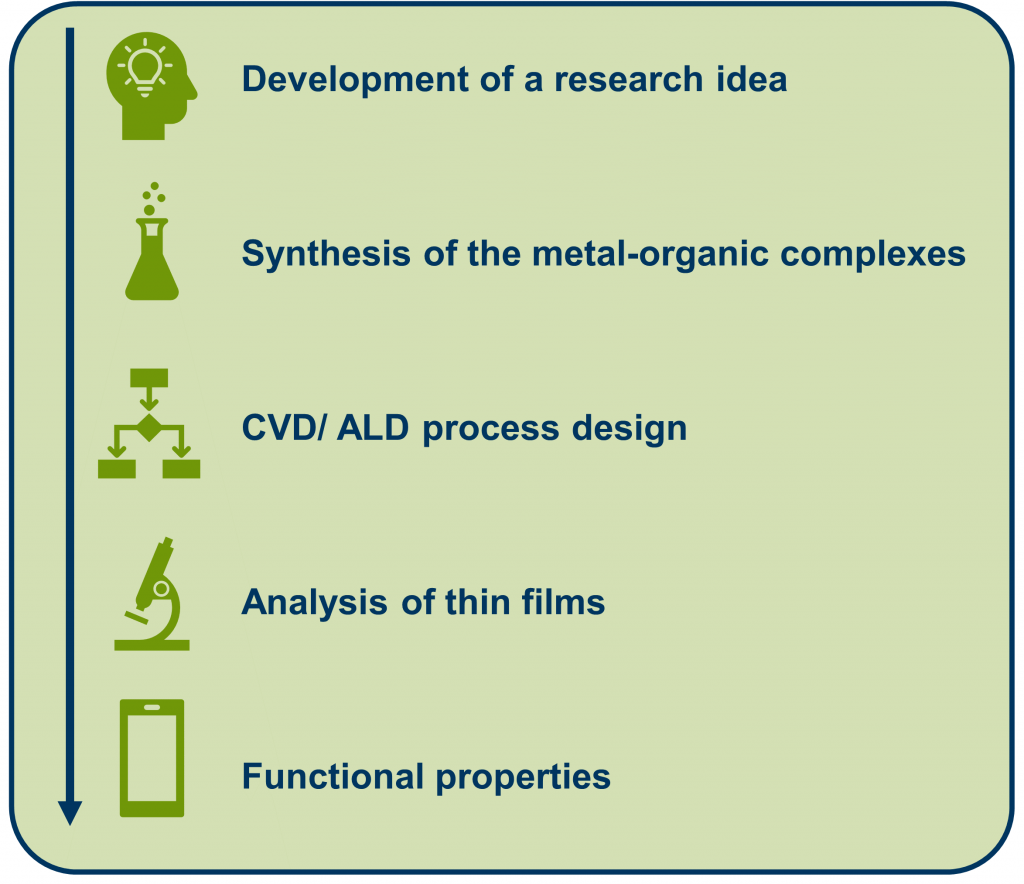 Please find below an excerpt of our current research topics.